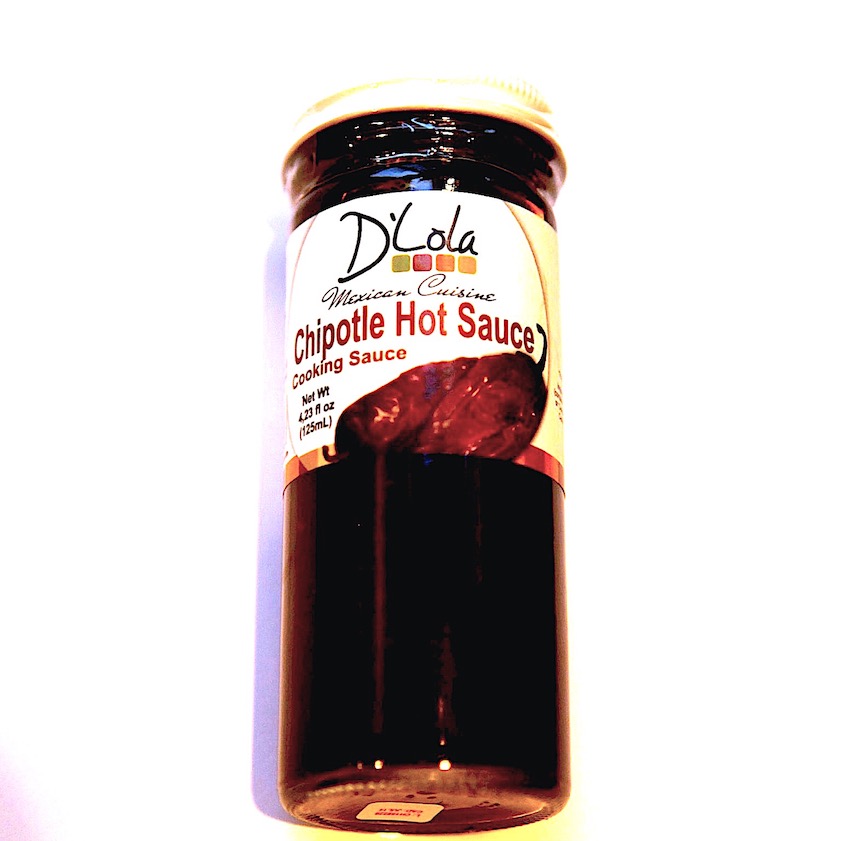 It’s hot. It’s delicious. And it’s Kosher and Gluten Free! We’re talking about sauces and salsas by D’Lola. US consumers may not know about D’Lola salsas but if they do, they have excellent taste. D’Lola brand salsas are about as good as it gets for a store-bought product. I’m addicted to salsa and make my own sauces and salsas from scratch.  The first time I tried D’Lola, I couldn’t believe how closely it approximated my own homemade version. I was hooked and bought up every variety I could find. Locating their salsas has been a challenge, though. Amazon used to sell them but they have been out of stock for a very long time. As for ordering the sauces directly from the company, this has also proved difficult.  END_OF_DOCUMENT_TOKEN_TO_BE_REPLACED 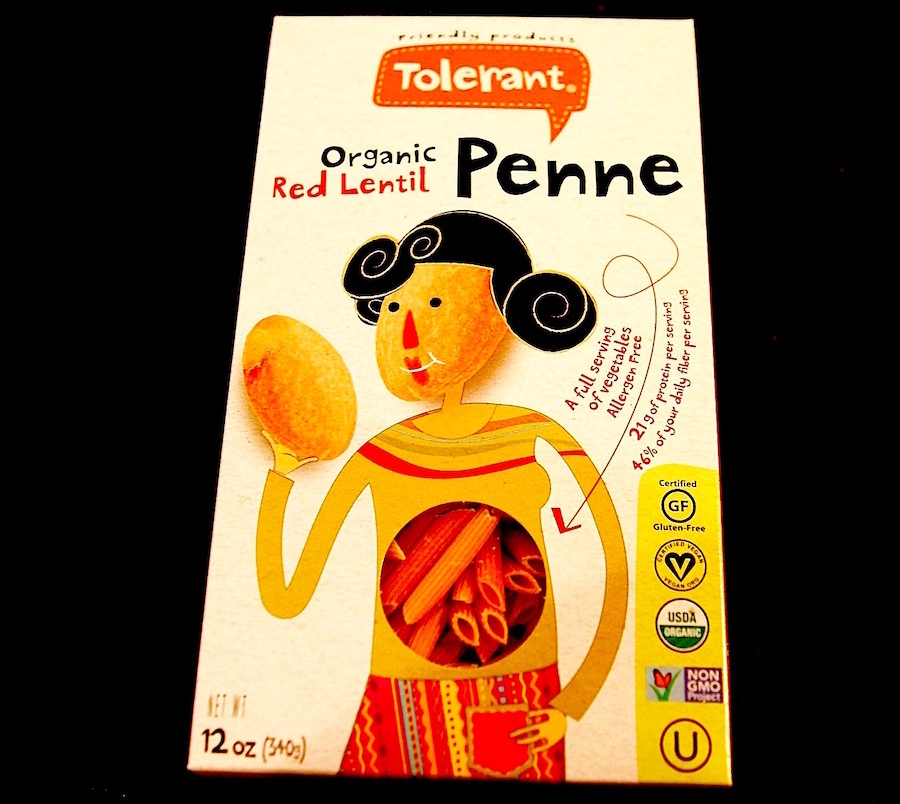 Black beans are without doubt one of Cuba’s signature foods, but black beans served as a pasta? Tolerant foods has developed a “super food” fortified pasta made of black beans and it’s selling out in stores. Why is it so popular? Several reasons. Tolerant Foods has created a product line concept that appeals to multiple consumers, specifically those who are health oriented but also want tasteful food.  According to their website, Tolerant Foods’ products check all the boxes — they are gluten-free, non-GMO, USDA organic, nut-free, 100% vegan and Kosher (you can view the actual Kosher certificates for their lentil and black bean products online).  Tolerant brand red lentil and black bean hypoallergenic pasta products are formulated specifically for elimination diets. Elimination diets are dietary restrictions that target inflammation in an attempt to eliminate all foods that result in allergic reactions to foods. As you can imagine, adhering to a strict elimination diet can be difficult, time-consuming and even potentially hazardous as you risk eliminating healthful as well as harmful components of your daily diet. The topic of elimination diets was addressed on the Dr.Oz show, a specific diet regimen may be found here.  As you can see, elimination diets have strict requirements and limited options, especially for if you’re short on time and cannot make your food from scratch. How can you be sure you’re getting enough protein and minerals? Tolerant Foods has made this their mission– their red lentil and black bean products seem to have it all — high in protein, fiber, iron and cholesterol free (see their “bragging rights” section).

Perhaps the best thing about their products is that they are user-friendly; you can prepare them in the same amount of time it takes for any other regular pasta product. So what’s the catch?  First of all, they aren’t cheap. The lowest price I could find for one box at my local Whole Foods Market was $6.99 on sale. That’s a hefty price tag for a box of pasta. But I went ahead and tried it and it was pretty tasty. And why not? Black beans have been a family staple for years, and we might have extracted their heath benefits, except we ruined them by adding fat and cheese and all of the things that have contributed to the epidemic of diabetes, strokes and death that plague our “modern” culture. Ironically, part of the solution to this problem has been there all along: beans (aka legumes) have been a staple across multiple cultures over the centuries. Legumes are the main source of protein for people who don’t eat meat. Legumes are a staple food in many places throughout the world- lentils in India, black beans in Cuba and pinto beans in Mexico. Incorporating Tolerant Foods products into your family’s regular diet plus other healthful foods offers a great way to start eating and living more healthfully. As for the cost of a box of Tolerant pasta, think of it this way– it still costs less than a steak and it’s a lot better for you. Obesity and diabetes are rampant in the Hispanic/Latino community where the incidence of diabetes is above that of other groups (you can visit the American Diabetes Association for more information on this topic). In fact, diabetes kills more Americans than breast cancer and AIDs combined.  It’s time to increase awareness about these major health hazards and start changing the way we live and eat, including the way we view food. Is seven dollars a lot of money for a box of pasta? Yes.  But think about it this way– it’s still cheaper than going out to  a fast food restaurant, costs less than a steak, feeds an entire family, and is far more healthful.  There are long term hidden costs of eating unhealthful foods too; the complications from diabetes can be devastating and the associated costs of doctors, drugs and medical care are things that people often fail to consider until it’s too late. With all of the great new products available, there’s no excuse to eat food that’s bad for you anymore.

French Restaurant Week returns to New York City from July 3 – 16, 2017 in celebration of Bastille Day. A celebration of French culture, French Restaurant Week offers great deals at some of the finest French restaurants in the city, the list of participating restaurants can be found at OpenTable.com.  Every year, French restaurants welcome guests to enjoy some of the finest cuisine in the world.  We signed up for a lunch at La Sirene restaurant. Located at 558 Broome Street in SOHO near the Holland Tunnel, La Sirene is chef-owned and operated; it features Southern French cuisine made with quality ingredients (Cuisine Bourgeoise). The chef is directly involved with all aspects of the restaurant, is readily approachable and enthusiastic; his attention to detail is reflected in the food– thoughtfully prepared, beautifully presented and totally delicious. We rarely give rave reviews (and we received absolutely no compensation for writing this) but this little French bistro was well worth going to. For an appetizer, we ordered the Moules Mussels with mild spices and chorizo and the French soup au gratin. We loved the way the chef interpreted the classic Spanish chorizo, mingling it with mussels and cream, it was very balanced with just the right amount of spice and heat, but not so much as to over-power the other flavors. For our entree we ordered the seared pork tenderloin with morels in a port wine cream sauce. For dessert, we chose the banana brulee and the iles flotantes au caramel et anglaise parfumee au Grand Marnier (Egg whites Meringue with Caramel Floating in Crème Anglaise flavored with a Touch of Grand Marnier). Five stars out of five for all of these selections.  Delicioso!

Enchiladas Suizas is a dish shrouded in a mysterious past. Literally translated Enchiladas Suizas means “Swiss enchiladas,”  a name attributed by some to the large amount of cheese and cream resembling the Swiss alps and by others to Swiss immigrants in Mexico who mingled their culinary love traditions with those of traditional Mexico. Enchiladas are by far one of the most traditional deeply rooted components of Mexican cuisine. Derived from corn, enchiladas originated in Mexico and date back to Mayan times, perhaps even before then. Corn itself is one of the most ancient food staples, originally known as maize (Zea mays), many believe that maize originated in Mexico and was domesticated in the Tehuacan Valley of Mexico.  Enchiladas Suizas are an example of “Old World” meets “New World” cuisine , although no one can seem to decide who deserves credit for the dish. Most recently I read an article stating that the dish originated at Sanborns in Mexico City in 1950. Yet another article claimed the dish might have originated in the kitchen of Emperor Maximillian during the French invasion of Mexico.  French influence on Mexican cuisine has been well-documented and there is little doubt that the two cultures make for an excellent gastronomic pairing. French citizens living in Mexico introduced their techniques and paired them with the traditional ingredients and spices of each region; the results were phenomenal and also served as a catalyst for The Pastry War.  When made correctly, the sauce of Enchiladas Suizas bears the signature of classic French cuisine, with a consistency reminiscent of a Sauce aux Poivrons Vert or Sauce à la Moutarde. Whatever its exact origins, when properly made, Enchiladas Suizas will delight even the most discerning critic.  Mexican-born French-trained chef Roberto Santibanez has spoken and written extensively on Mexican cuisine; a great article on recipes and suggested wine pairings may be found at  Mexican Made Easy and another recipe at Food Republic.   Should you be pressed for time and want a quick and easy version of Enchiladas Suizas, simply prepare the dish per your favorite recipe and substitute a pre-made verde sauce such as chef Rick Bayless’ Frontera brand Green Chile Enchilada Sauce with roasted tomatillo and garlic, available both online and in stores. ¡Buen apetito!

The ghost chili pepper originates from India and is considered a hybrid mostly of C. chinense with some C. frutescens. It is a very hot pepper measuring from 300,000 to 1,500,00o on the Scoville scale.  In 2007 Guinness World’s Records the title of world’s hottest chili pepper was given to the ghost pepper only to be beaten out by the Trinidad Moruga Scorpion in 2012 followed by the Carolina Reaper in 2013.  Ghost peppers have been used in a variety of ways but the most creative was the Indian military’s decision to use them for grenades.

A sample of ghost pepper recipes can be found at this website devoted to the ghost pepper.