I recently discovered Project Enye, a multi-platform media team committed to telling the stories of first generation Latinos with parents from Spanish speaking countries. Project Enye founder Denise Soler Cox aims to empower first-generation U.S. Latinos and raise awareness on issues surrounding Latino identity. One of her blog posts entitled “Am I Latina Enough?” addresses the inner conflict faced by Latinas as they become more Amercian culturally while struggling for acceptance in their local communities. Immigrant communities often are comprised of individuals belonging to different races, cultures and economic circumstances. On top of that, there are differences in terms of stages of assimilation — first, second, and third generation, citizen versus non-citizen, ability to speak different languages (or not).  What might superficially appear to be a cohesive community can easily transform into a divided one when various schisms come into play. As an individual, one can be left feeling alone, isolated and disenfranchised. As a group, particularly politically, such divisions are easily manipulated to the advantage of large-scale interests and worse. The saying “united we stand” and its companion phrase “divided we fall” has never had more immediacy than in the current political climate. Project Enye has made it its mission to identify and explore the often elusive issues surrounding Latino identity. What does it mean to be a Latina, to be of Latin descent, to be an American? And where is the line drawn (if there is one) between being entirely American versus a member of the Latin community. While one should never pass judgement theoretically, in practice nearly everyone does. It may be as simple as identifying a surname as Spanish or forming an opinion based upon someone’s outward appearance. Defining identity as an individual is challenging enough yet it may feel insurmountable when one has no one else to identify with. Such conflicts coupled with rejection from the very same individuals you were lead to believe were similar to yourself can lead to confusion and reduced self-esteem and self-worth. In truth, no should be placed in a position where they feel disrespected or worthless, but that’s exactly what can happen with unfair treatment. Which is why there needs to be increased awareness regarding these issues. What makes us American? What is enough? Is it citizenship? No, because individuals with full citizenship still experience discrimination and alienation. Is it maintaining your identity through separation and refusal to assimilate? No, because  you’ll never be able to fully access and enjoy being a citizen. Perhaps compromise exists somewhere in-between. Only time will tell but the future depends upon understanding and overcoming such challenges. Project Enye is a valuable resource aimed at ending the shame associated with a feeling of  “not belonging” and giving such individuals their own voice. By raising awareness, we can identify and resolve identity issues and develop into successful whole individuals comfortable in being who they are, no apologies. 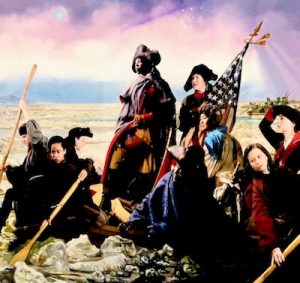 More on Project Enye and “Am I Latina Enough” is available at their website Project Enye.com  “Project Enye | Two Worlds One Voice” They also have an excellent You-Tube channel  “committed to telling the stories of first generation Latinos who’s parents are from a Spanish speaking country otherwise known as ñ’s” along with several hashtags – #latinoenough #nenough #yourownenye and sections addressing LGBQT issues.

We recently discovered Masienda Tortillas at a local Whole Foods store.  After trying many brands of tortillas, both here in the … END_OF_DOCUMENT_TOKEN_TO_BE_REPLACED

The Havana Film Festival (HFFNY) returns to New York City to celebrate its 22nd edition. On November 3rd, Opening Night will feature the film "The … END_OF_DOCUMENT_TOKEN_TO_BE_REPLACED

Lyme disease is one of those things you never really think about until it affects you or someone you know. The truth is - we should all be worried … END_OF_DOCUMENT_TOKEN_TO_BE_REPLACED